Why do cat collars have bells? Find out by reading this comprensive article that has dwelt so much on this topic. What is it with us humans and cats? In almost every house that you go to, you are more likely to find a cute and adorable cat as compared to a kid. It is not only you; I also have one too. The cat charm is just unavoidable.

Enough said about the obnoxious cat population. There is this little issue of cats and bells. What could that be for? Why do cat collars have bells?  If you have stayed with an outdoor cat, then you probably have the answers.

The bell on the cat’s neck has nothing to do with “cat fashion”. Don’t think that the cat has a “bling bling” or that cats consider bells as their most expensive jewelry to show off how cool they are.

Cats, collars and bells, what is it all about?

Cats are a bunch of interesting fellows. Sometimes they take us through some weird escapades. It is already past his bedtime, and he is not in the litter box and nowhere to be found. You are then forced to look for him in the backyard, and to your surprise, there he is, just seated and staring at the sky unperturbed of your worries.

There is a way to get around this problem, especially when the Creator was not so generous when awarding brains to cats. Have a bell on the cat’s collar! Whenever the cat struts around, the “ring ring” sound of the bell will tell you exactly where he is.

There he is, just seated and staring at the sky

You might do everything expected of you as a cat owner, but if you do not know where your cat is at any given time, then having a cat should not be a thing for you. A bell will not make you the friend of the century, but the jingle will be a lifesaver when your kitty decides to play chicken with your feelings.Once you have decided to put a collar on your cat, why should you not go just an extra mile and add a bell to it? It may give you a piece of mind or could be quite annoying. Besides tracking your cat, it has a host of other benefits and disadvantages as well.

Why should you put a bell on the cat’s collar?

Apparently, the population of garden birds such as house sparrow, robins, and dunnock is dwindling. Can you guess the culprits? You guessed that right, your cat. You might be wondering why that should be an issue yet cats are natural predators.

Over time, research has shown that nearly 50% of kills by cats are just for fun. The thrill of catching the little birds unaware and snapping their necks is quite appealing to cats. They only consume a 1/3rd of the kills.

This does not help the need to have a balanced, healthy ecosystem. To warn the birds of the imminent danger, have a bell on your cat’s collar. The cat will not be able to sneak on small critters and birds. This does not always work though.

It is like some cats have bigger brain proportions than others. After a day or two of having the bell, they figure out a genius way of getting around undetected. If you do not move your neck as you walk, the bell on your neck will not ring. Wow! Even I couldn’t come up with that. Cunny fellas ha!Come to think about this issue. When the cats will dominate the world one day in the future, they might tie the same bell on your neck so that whenever you go hunting or fishing, the fish or animal will be alerted. Your potential catch will always be alerted, and you may sleep hungry all the time. The cats will laugh at you as you will have no option other than to become a vegetarian.

It is common to find cats (or do they find themselves) in very strange places. He could be just chilling on a date with his lady friend from next door or lulling away lazily under/on a tree in your backyard. When it comes to playing hide and seek, nothing beats an outdoor cat at it.

To win this enjoyable game before it even starts, just hang a bell on his collar. Doing so may be an act of cheating when playing the game with your cat, but you are the boss. The boss always wins. If your cat is clever enough, he may convince you to use modern ways of finding him like tying a GPS locator on his neck and not the old fashioned bell method.Your cat may quarrel you about this, but the bell still beats the modern methods. The bell is very reliable and will always help you trace your cat even if he is trying to hide from you.

Real funny, I tried denying this fact before, but it is true.  Some cats love looking cool, and they would rather tolerate the noise of the bell on their necks but keep looking cool.  Some of you also find the collar-bell combination really cute on the cat.

A colorful collar and a fancy bell make your cat stand out in the ‘crowd’ (of cats though). It may not be appealing to the cat, but so long as it does to you, you’re good. So depending on the cat’s personality, he may fancy the collar-bell combination or not, but you have the final say as the owner of the cat.

You decided what happens; at least before cats start dominating the world. This is because when the time comes, the cats will be the commanders and we shall all be servants to the cats.

Why your cat should not have a bell?

The topic of cats and bells is one of those with divided opinions. It has both the good sides and the ugly sides. Not as ugly as you are thinking right now, do not overthink. Here are some of the reasons why a bell on your cat is not such a good idea.

Confusing, right? On the one hand you do not want your cat to unnecessarily hunt birds, but still, you want him to get rid of the rodents that can be a nuisance in the house. Doing the latter with a bell on is just impossible.The bell is also too close to the cat’s ears and would impair his hearing. Can you imagine playing loud music on your headphones most of the time and what would happen to your ears? A cat needs his sharp hearing when hunting in the woods or keeping vigil in the house. He needs this besides being skillful, graceful, stealthy and relaxed.

Rodents would hear the cat coming from a long way out making the efforts futile. What is the point of going to war if your enemy can see you coming and has all your war tactics?

2. The bell is annoying

Even I would not be very pleased with a bell ringing on my neck every time I make a step. The cat will not be pleased either. The jingly object right under his chin can increase his anxiety if he experiences it.

Instead of being jovial and playful around the house as the cat should, he may just sit around contemplating how to get rid of the damn thing and keep cursing you. You may think your cat is trying to come up with some new scientific invention while in the real sense he is just trying figure out how to eliminate the bell.You remember those sneaky escapades we used to have without dad and mom knowing? Give your cat a break. Cats too have rights and needs, you know. Better still, they prefer to do their ‘thing’ in utmost secrecy. The bell will not guarantee such optimal conditions.

The bell is annoying

Having a bell around can also interfere with your cat’s sneaky ways with the girls. There is no way he can to tiptoe to your neighbor’s place without being heard from a ‘mile’ away. This will be very bad for him especially if his hormones decide to take over and he has to deal with the bell on the neck first.

When pissed off and motivated enough, cats will attempt to get the collar off by force. The only force cats know of is actually chewing the collar or bell off. Do not get me wrong though; this is only true now when they cats have not yet decided to dominate the world.

As of now, the cat will try getting rid of the bell by chewing the collar. When he succeeds, the smaller ball in the bell can dislodge and choke the cat in case he swallows it accidentally. You don’t want your cat’s death to make its way into the cats’ version of “a thousand ways to die.”Besides the choking, there is also a possibility of the collar getting loose and tangling with branches of trees in the wood. This might suffocate the cat once it gets too tight.

It can be a hazard

Why do cat collars have bells? You should be in a good position now to answer this question well. The main reason for advocating for the bells on cats’ collars is to warn preys, especially garden birds of the imminent doom that is about to befall them. Cats tend to hunt them, mostly for fun and not for consumption, therefore creating an imbalance in the ecosystem.The bell has its benefits and disadvantages as well. So, before you decide to stick one on his neck, weigh all the options and come to a realistic conclusion. Closer monitoring might even eliminate the need for the bell entirely. As a parent, consult with your cat and decide on what is best for you two.

Cats tend to hunt mostly for fun and not for consumption

I am a Female 3 year Bengal Crossbreed from London, UK 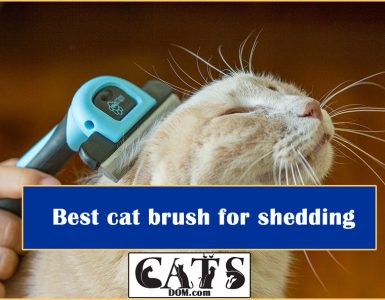 Review Of The Best Litter Box For Multiple Cats [2022] 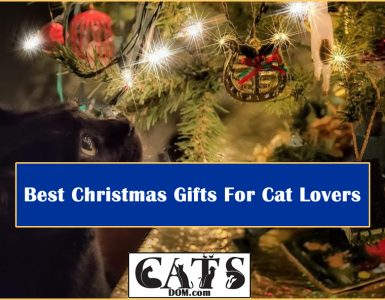 ContentsWhy you need to gift a cat lover this Christmas?Features to consider before purchasing the best Christmas gifts for cat lovers1. Gender of the cat lover2. Budget3. Age of the cat lover4. Cat lovers’ desires and... 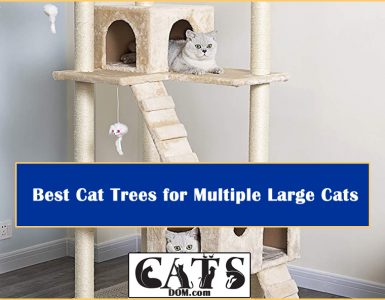 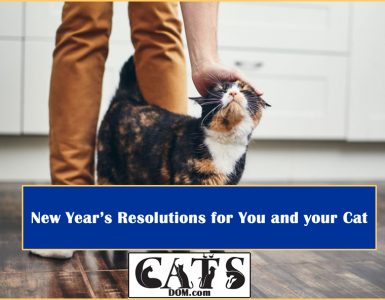 New Year’s Resolutions for You and Your Lovely Cat [2022]